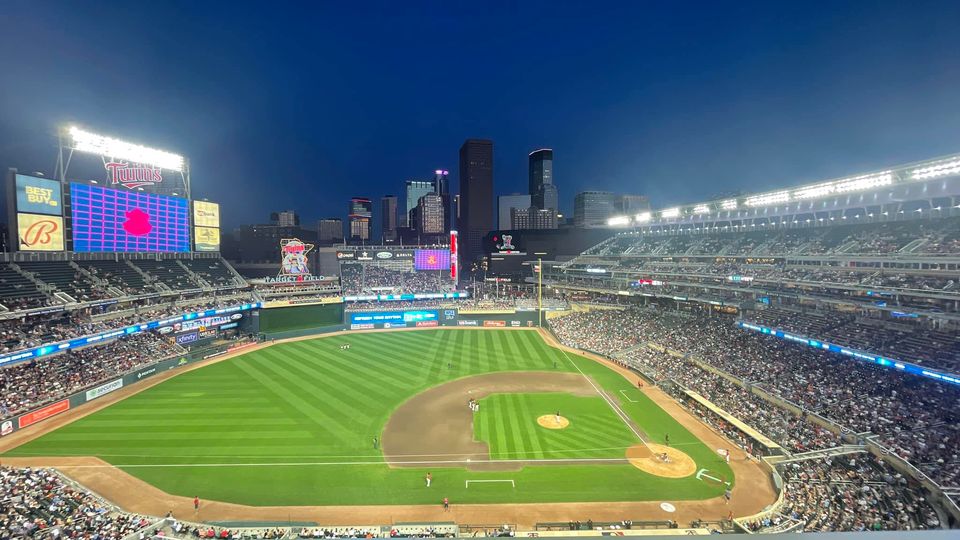 Hope is an interesting thing isn’t it. The Oxford dictionary defines hope as a feeling or expectation and desire for a certain thing to happen. Recently, my family and I were visiting my sister and brother-in-law in Minneapolis, MN and we attended a Major League Baseball game. This was the first professional sporting event my daughters (13 & 9) had ever attended. Our family plays soccer and golf, so trying to teach our girls about baseball on the fly was a sight to behold.

The game was close the entire time – neither team leading by more than one run. It was the bottom of the ninth inning and the home team, the Minnesota Twins, were down by one. The ballpark was a place filled with hope as the fans desperately wanted to see their team win.

There was one out and one runner on base. As the next batter walked up to the plate, I looked at my daughter and said, “If he hits a homerun right now, they will win, and the crowd will go wild!”

First pitch. Hit! It went long to the left field and just out of bounds as it passed the yellow pole and over the fence. Foul ball. One strike.

I leaned over again and reminded her that a home run will win it all!

Third pitch. Bam! The ball came off the bat with a fiery fury that led no doubt that this game was over. The crowd began to cheer! Fans hugging and high fiving each other. Just for a moment, a band of strangers were united in the realization of their hope!

After the game was over, we stayed around for the fireworks and walked back to where we were staying. That moment has passed now and the hope we shared is over. It just a memory.

It was the Apostle Peter who coined the phrase “Living Hope.” He understood that Jesus not only brought the promise of eternal life for all who believe, Jesus also promises to be our Living Hope right now!

The great thing about Living Hope is that, unlike what we experienced at that baseball game, the hope we have in Jesus will never stop.

To the Christian, I want to encourage you, don’t give up hope. Whatever you’re going through right now, know that God’s plans are always greater than your own. Jesus is alive and God has promised to never leave you or abandoned you. The world we live in is difficult on all accounts. But Jesus said, “Take heart! I have overcome the world!” – John 16.33c

To the seeker and the skeptic, God’s love for you is beyond description. He desires for you to know Him and to know His love. In a world where all hope seems lost, know that the greatest hope of all time has a name, and His name is Jesus. He is not lost. He is alive. He is not temporary. He is forever.

Join 1,530 other subscribers
Follow Upside Down Faith on WordPress.com